As Naomi Osaka withdraws from the French Open (after being fined for missing her first-round press conference and citing her mental health as a reason) Talennial and DOT loves data looked at how prevalent the discussion of mental health is in the Australian media, particularly in relation to public figures.

The large spike in noise in March 2021 can likely be attributed to Oprah’s interview with Prince Harry and Meghan Markle, in which Markle opened up about her mental health battle. Interestingly but not surprisingly, the most negative sentiment around the issue of mental health (and increased discussion of ‘crime and justice’) is associated with the Murdoch press, while more positive sentiment is associated with the Nine Entertainment Co publications. This data was originally prepared for the Movember Foundation.

To discuss how we can provide insights to guide and report on your brand and talent partnerships, please email contact@talennial.com. 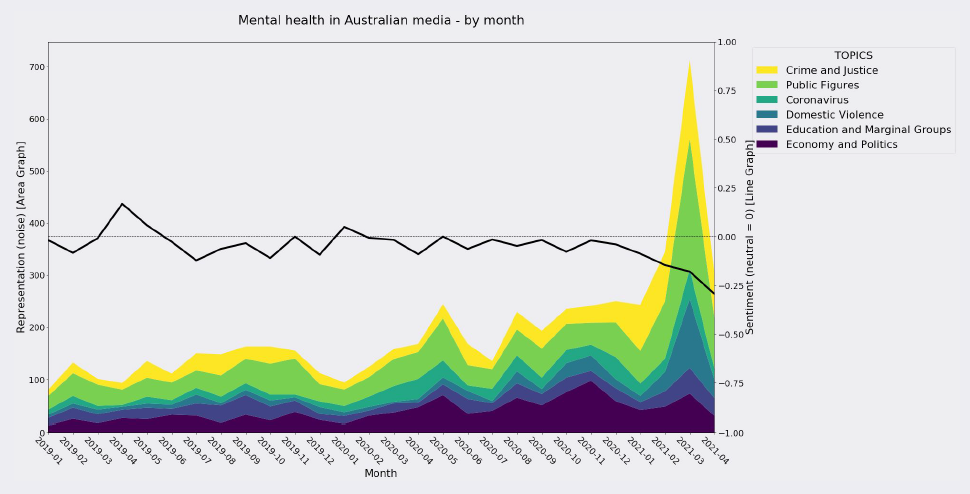